A new orchestra from the Rhineland

The number of professional orchestras in Germany is generally in decline. That said, Germany has a globally unrivalled number of publicly funded symphony and chamber orchestras. These are joined by countless independent ensembles that perform to various different standards and generally finance themselves without receiving subsidies. So what is the point in setting up another orchestra: the German Rhine Philharmonic?

Find out here how the German Rhine Philharmonic differs from other orchestras: 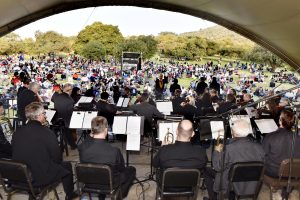