Skip to content
Home » Conductor » Interview with the artistic director

What is the story behind the German Rhine Philharmonic Orchestra, what are its goals?

Read the interview with Desar Sulejmani, artistic director of the German Rhine Philharmonic Orchestra, about the concept behind the new orchestra.

Mr. Sulejmani, you are the driving force behind the creation of this new orchestra. How did it come to life?

Desar Sulejmani: In 2016 there was a production of Mozart’s „Magic Flute“ at the Joburg Theatre in Johannesburg, South Africa. The producer Musa Nkuna, whom I knew from previous collaborations, had asked me if I knew of an orchestra for this production. I then put together a ready-to-play cast for this project and after an intensive rehearsal phase we set off on a fantastic trip to South Africa in May. The newly formed orchestra received much praise from the South African critics and has now evolved from the core line-up into the German Rhine Philharmonic Orchestra.

And why start a new orchestra right away? Aren’t there already enough of them in Germany? 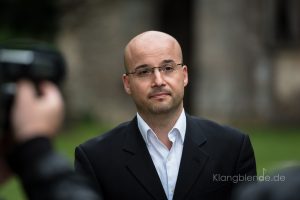 Desar Sulejmani: Germany is fortunate to have a very rich orchestra culture, which is unique in the world. And it continues to do so, even though the ensembles in public ownership are subject to cutbacks. In addition to this, there are many independent orchestras, which operate at different levels. We want to fill a gap with the German Rhine Philharmonic Orchestra, because we work professionally, but are free and very flexible at the same time.

What does that mean, the orchestra is flexible?

Desar Sulejmani: The German Rhine Philharmonic Orchestra does not have any permanent positions that need to be financed and therefore has no fixed rehearsal times or orchestra services. We put together the instrumentation according to the needs of each musical project individually and then develop our program in concentrated rehearsal phases. The musicians initially do this of their own free will, but we want them to share in the economic success of the projects with them.

Who are the musicians who play with you?

Desar Sulejmani: The musicians come mainly from the Rhineland and Ruhr area and are all highly trained. The important positions in the orchestra such as section leader and soloists are filled by professional players. The rest are freelance musicians. They all have in common that they are highly motivated and enjoy shaping the musical experience together.

What are your musical plans for the orchestra? 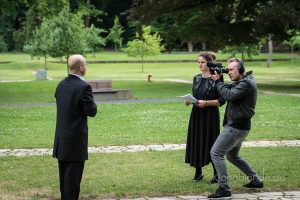 Desar Sulejmani: We are interested in making space in our programs for rarely performed works as well as contemporary composers. Of course we also want to include the common symphonic repertoire, as we did in our opening concerts. We are looking forward to presenting a lot of new music to our audience!

How do you promote the orchestra?

Desar Sulejmani: Our orchestra has a very good network of musicians and other professionals. This brings us into discussions where orchestras are sought for projects. We also maintain an internet presence and social media through which we present ourselves. Of course, we also see classical media as our partners. We are currently looking for companies that are interested in cultural sponsoring and want to support our work.

Where does the orchestra rehearse? 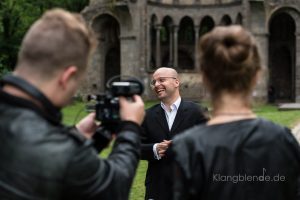 Desar Sulejmani: This is a difficult issue in our way of working since we cannot permanently rent a fixed practice room. As a result, we are flexible and depend on the resourcefulness of our members. This has always worked out well so far and we have found suitable rooms for our rehearsals for every project.

And how do you organize the orchestra?

Desar Sulejmani: Since the German Rhein Philharmonic Orchestra is not in public ownership, we had to find a way for the organization that would not impose a large financial burden on the ensemble. Therefore, we chose the organizational format of an association. This also makes it possible for several interested parties to get involved and help shape the life of the orchestra. The German Rhine Philharmonic Orchestra is registered as an association at the Düsseldorf District Court.