Robert Schumann and his friends 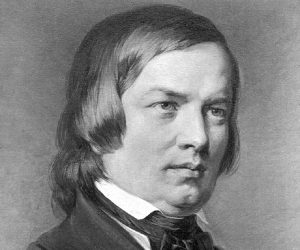 ROBERT SCHUMANN must have been thoroughly fed up with the winter when he composed his Spring Symphony. Suffice it to say that in February 1841 he needed just four weeks to write down his first symphony in B flat major. The work was premiered under the direction of Felix Mendelssohn in Leipzig in late March.

True, Robert Schumann had not intended his Spring Symphony as an evocative piece of programme music. In fact, he wrote the symphony in Classical form. However, he himself stated that the coming of spring had a bearing on the work: “I wrote the symphony, if I may say so, in response to the urgings of spring, an impulse that continues to enrapture people even at a very old age and overtakes us anew every year. Whilst it was not my intention to portray or paint anything, I do believe that the time in which the symphony was written influenced its conception and made it into the work that it is.”

The Violin Concerto in G minor is arguably the best-known work by MAX BRUCH. Premiered in 1868, the work soon enjoyed immense popularity throughout Europe. Although initially delighted, the composer was increasingly disappointed by the fact that no-one appreciated his two other violin concertos, which he considered to be at least equally valuable. To this day, the first violin concerto has lost none of its popularity and, with its beautiful melodies, remains staple repertoire for any trained violinist.

CARL MARIA VON WEBER is regarded as the “founder of German opera”. His Freischütz (1821), Euryanthe (1823) and Oberon (1826) marked a shift away from the dominance of Italian opera and towards the emergence of a German opera scene. Oberon was in fact premiered in London, where Weber died of a lung disease a short time later. 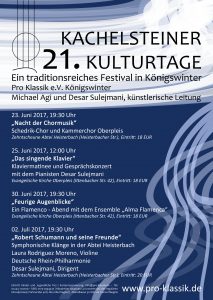 This year’s Kachelstein Arts Festival will be rounded off by full-bodied orchestral sounds. Whilst the eminent Spanish violinist Laura Rodriguez Moreno plays the solo part of Max Bruch’s famous Violin Concerto No. 1 Op. 26 in G minor, the German Rhine Philharmonic under the baton of its founding conductor Desar Sulejmani will take its audience on a programmatic journey of colourful and rapturous music, packed with effusive Romantic sentiment. 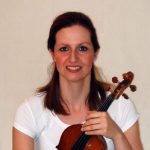 7:30 p.m.: Concert in the auditorium of Leibniz-Montessori-Gymnasiums, in Düsseldorf, with works by Carl Maria von Weber, Max Bruch and Robert Schumann. 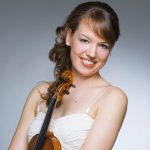