Opening of the new season of Pro Klassik e.V.

From the romantic era to debut performances: The German Rhine Philharmonic Orchestra returns to Königswinter and opens the 2018/19 season of the Pro Klassik e.V. cultural association.

information on tickets and the concert 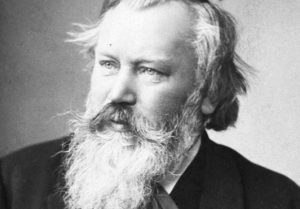 The composer Johannes Brahms himself referred to his 3rd Symphony in F major as the “Wiesbaden Symphony” since he composed it there in 1883 at the height of his creative work. It was premiered in Vienna in the same year and quickly became a crowd favourite. Friends and fellow musicians of the composer were also impressed by the work. Antonín Dvořák expressed his admiration for it in a letter to the publisher Simrock: “In it there is a mood that one does not often find in Brahms! What wonderful melodies can be found there. It is full of love and the heart is full. Remember my words and when you hear the symphony, you will say that I have heard well.”

For the German Rhine Philharmonic Orchestra, Brahms’ symphony includes a small memorable moment: As Leonard Bernstein once remarked, in the middle section of the first movement the composer quotes Robert Schumann’s 1st Symphony (“Spring Symphony”), which the orchestra played in 2017 in its founding concert “Successes of the Romantic period”.

The Macedonian composer Fatos Lumani
As a very special part of this concert, the DRP performed the Concert Rhapsody for violin, piano and string orchestra by the Macedonian composer Fatos Lumani (*1983). Background: In 2018 the orchestra set out on a concert tour to Macedonia, where it met the composer himself.  On two evenings – on October 22 in Tetovo and on October 23 in the great hall of the Philharmonic in Skopje – the German Rhine Philharmonic Orchestra performed the music of Fatos Lumani. Young professional musicians from Macedonia also performed at the two concerts together with the players of the GRPO.

Fatos Lumani is currently working on his opera “Skënderbeu” (Skanderbeg). The work about the Albanian freedom fighter from the 15th century was composed for the Shqkiptare Festival (more on Onlinemerker), where it was heard for the first time. 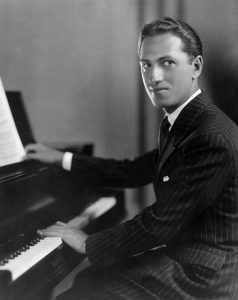 George Gershwin
Jazz meets symphony orchestra: For the famous “Rhapsody in Blue” by George Gershwin, the musical director of the German Rhine Philharmonic Orchestra Desar Sulejmani will not only conduct the orchestra, but also take on the prominent piano part. First performed in 1924, the New York composer’s world hit was originally intended to be called “American Rhapsody”. It received its title for the “Blue notes”, the typical element of jazz music.

Tickets at 18 EUR (adults) at the box office (fom 30 minutes before the concert begins).
Children and young people free

To the Presse release on the concert.