For the German Rhine Philharmonic Orchestra, the coming year will be strongly marked by anniversaries and commemorative days. That means: several world premieres and even a debut performance are being planned. The upcoming concerts in 2020 promise exciting projects which extend far beyond the home region of the GRP.

In April, the German Rhine Philharmonic Orchestra, together with several choirs and soloists from Kassel, Switzerland and South Africa, will give two world premieres at the International Choir and Orchestra Music Festival in Kassel.

Commemoration of the catastrophe

Hiroshima (2019 to 2020) for soloists, choir, organ and orchestra, a composition by the Kassel composer Ulli Götte, commemorates the catastrophe of the atomic bomb in four parts. 75 years ago, on August 6, 1945, this event in Hiroshima ushered in a new era for humanity.

With his Organ Concerto (1938) for organ, strings and timpani, Francis Poulenc wrote a tribute to Johann Sebastian Bach. The work with the unusual instrumentation is modern music in baroque form. It is one of the most frequently performed works for organ and orchestra and will also be performed at the Kassel Festival. The solo part on the organ will be performed by Jean-Christoph Geiser.

Engels2020 – the communist manifesto in Wuppertal 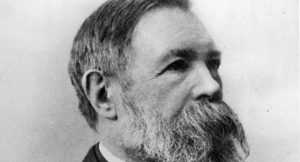 Friedrich Engels was born on 28.11.1820 in Barmen, now Wuppertal. He was one of the most important personalities of the century and is rightly called the most famous “Wuppertaler”.

The most famous son of the city of Wuppertal is probably Friedrich Engels. On his 200th birthday, the city celebrates its world-famous citizen throughout the year with the program Engels2020 consisting of about 100 events.

Wuppertal will celebrate a concert program for Engels’ birthday featuring congenial music of international significance, composed especially for his work, on October 31, 2020 with the premiere of the symphonic choral work “Kommunisticky Manifest / The Communist Manifesto” by the great Czech composer Erwin Schulhoff.

This will be accompanied by music from the revolutionary opera “Regina” by Albert Lortzing and Beethoven’s famous Coriolan Overture – as a tribute to the 250th birthday of the musical revolutionist.

Engels2020 is under the patronage of the NRW Minister President Armin Laschet.

Even more Concerts in 2020: Beethoven in the Balkans

Even more concerts are planned in 2020 on the occasion of a major anniversary: in the Beethoven Year, the German Rhine Philharmonic Orchestra is planning a concert tour together with the Western Balkans Youth Philharmonic Choir with, among others, the 9th Symphony. The tour will take the orchestra to stages in Albania, Montenegro, Bosnia and Herzegovina, Serbia, Kosovo and Northern Macedonia.

The aim of this concert tour is to send a message of peaceful coexistence to the Western Balkans through Beethoven’s music as well as contemporary compositions from the region (even more premieres!).

The tour is currently still in preparation and is largely dependent on the generous support of the German Foreign Office and the European Union.